The commissioner, who was visibly elated, poured encomiums on the management of the school and the authority of the church, saying the Deeper Life High School was a pace setter in the citadel of learning in the entire Delta state.

Represented by the Chief Inspector of Education in Udu local government area, Barrister Stephen Heme, the commissioner, who was greatly impressed by the effort of the school’s PTA, said such benevolence acts were needed as no government all over the world could meet all the needs of people in all sectors, hence the contributions of individuals and groups were needed to lessen the burden of development on government.

He noted that no school in the local government area has a private transformer that could supply power for their learning and research activities as the Deeper Life High School in Opete area of Udu.

He said: “Schools need electricity, especially in their laboratories, libraries, to power their computers and above all to make their children comfortable and able to learn and assimilate effectively. In many spheres, you need electricity; you can’t do much in the academic environment without electricity. Every aspect of learning requires power supply.”

Speaking further, he said: “I’m really happy that we have a kind of school like this that is founded on a proper moral principle. I was here during their junior school examination and I discovered that honestly incidence of exam malpractice is zero. It does not exist here.

“And if we have schools like this where people imbibe the religious ethics and principles, the society will be good for every person. It will even assist our job and make it easier. And will create a good atmosphere for the society to grow.”

The commissioner advised PTAs of other schools to emulate Deeper Life High School and assist the state government in meeting certain needs of their schools with a view to relieving government of some of the burdens of development.

Delta state Overseer of the Deeper Life Bible Church, Pastor Pius Idume, said the transformer which was the initiative and solely sponsored by the PTA would go a long way to guarantee steady and constant power supply to students of the institution.

He said the school has been depending on generating set for power supply and which often breaks down leaving the students in darkness, but noted that with the transformer now available, the generator will now be on standby, hence leading to uninterrupted power supply.

He said: “Because the generator has been overused, most times it breaks down and when it breaks down the school will be in total darkness. With this, we are sure light will be here always.”

Pastor Idume told journalists at the school premises that the school has made a lot of progress since its inception in 2013, adding that as at now the school has the challenges of accommodating the influx of students from different parts of the state and beyond.

Chairman of the school management committee, Pastor Philip Enweazu, said the school has made tremendous improvement from when it started in 2013, noting that it has grown both in infrastructure and students attendance.

According to him: “The academic performance of the children is very good. Our students have been engaged in other external competitions before internal examinations. And it has been great. Recently, three of our students excelled in the bee spelling competition. Their performance was wonderful. Even in the mathematics competition, our children are doing fine.” 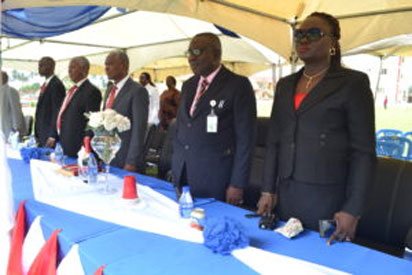 Chairman of the school’s PTA, Moses Edema, explained the rigorous process the PTA passed through to make the transformer available to the school.

He said following the impressive performance of the students, “we therefore looked inward and identified an area where we could impact on the school’s training and learning process. We eventually observed that the school had not been linked to the national electric power supply since inception. So, we decided to make our contribution in this area.”

Mr. Edema said the plan to sponsor the project began on May 7, 2016 where a six-man-committee was appointed to ascertain the cost of implementing the project.

He said the committee recommended N20million but the project with assistance from engineers was finally executed at the rate of N10,741,000 in November 2017.

Osiki Peter Monday, Principal of the school, commended the initiative of the PTA, saying it is one of the biggest achievements the school has witnessed since inception.

He said the school is moving forward to becoming the best not just in Delta state but at the national and international levels, noting that the school with 471 students has represented Delta state in competitions at the Federal Capital Territory, Abuja.