France clinched their place at the 2018 FIFA World Cup Russia by topping Europe’s Group A, continuing a run of appearing at every tournament since 1994. 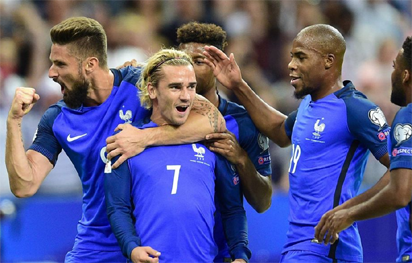 The France forward will be out to make his mark on another major competition, having been top scorer and player of the tournament at UEFA EURO 2016. Griezmann provided four goals and four assists for Les Bleus in the Russia 2018 qualifiers.